Ben Johnson (1914-1992; Columbia College 1939) was once known as the “world’s fastest human." After he shattered a number of world records in the 1930s—and upset world champion Ralph Metcalfe and future Olympic gold medalist Jesse Owens—newspapers dubbed Johnson the “Columbia Comet.”

Benjamin Washington Johnson was introduced to the track and field world as a junior at Plymouth (Pa.) High School in 1932, when he shattered the Pennsylvania state scholastic dash records by winning state titles in the 100 yards (9.8) and 220 yards (21.4). He also won the state long jump title.

In 1934, as a Columbia freshman, he upset Ralph Metcalfe, world record holder in the 100-yard dash and an eventual Olympic gold medalist, in the National indoor AAU 60-meter semifinal and ran a 49-second quarter-mile on the mile relay that won the Penn Relays' freshman race. The next year Johnson beat Metcalfe, Eulace Peacock and the famed Jesse Owens for the indoor AAU 60-meter championship, matching Owens' record of 6.6 seconds in the process.

Unfortunately, Johnson's missed most of the season with a torn hamstring. The following summer, with his hamstring improved, the Columbia Comet was ready to take on Owens and the others at the Olympic Trials for a spot on the squad heading to Berlin for the 1936 Games. But a week before the Trials, he cramped up in a rumble-seat ride from Plymouth to Princeton for the National AAU Championships and arrived too late for a proper warm-up. He strained a muscle in the first heat of the day; he pulled up after two strides, rendering him unable to compete at the Trials.

Jesse Owens became the hero of the Games Johnson still had headlines in his future as he proved himself with a sensational 1937 campaign, winning AAU and IC4A titles, along with the NCAA 220-yard championship in a speedy 21.3 seconds. At the IC4A meet, he became the first athlete in the 20th century to win three events, taking the 100, 220 and broad jump.

Although he had missed the Olympics, Johnson embarked on a European tour following the season. As famed track and field journalist Jesse Abramson wrote in the New York Herald Tribune, “Then Johnson went abroad, beat the pick of Europe, sweeping 11 of 12 races, returning a world- record 10.2 for 100 meters twice with a favoring breeze. John P. Nicholson of Notre Dame, manager-coach on that European tour, called him the world’s finest after seeing him run week after week in small towns, in world capitals, on good tracks and bad.”

Johnson’s finest performance occurred in his senior season. Competing at The 1938 Millrose Games in Madison Square Garden before 17,000 enthusiastic fans, Johnson ran 6.2, 6.1 and 6.0 in the 60-yard dash, tying the world record, then breaking it and breaking it again. One report said he had actually been clocked in 5.9, but the timers dismissed that because they didn't believe a human could run that fast.

“With his final performance,” Abramson wrote, “he wiped out all recorded 60-yard records, on boards, on dirt, with and without starting blocks, surpassing the feats of Loren Murchison, Jesse Owens, Ralph Metcalfe, Eddie Tolan, Emmett Toppino and all others.”

Voted the outstanding performer by a panel of eight sportswriters, Johnson was hailed as “world’s fastest human.” The rest of his senior season was lost because of a case of the measles, but he did sweep the 100- and 220-yard dashes at White City Stadium in London before 70,000 fans that summer. There was no professional track and field in those days. Following his 1939 graduation, Johnson began to teach history and coach track at Bordentown Manual Training School and did so for a few years before enlisting in the Army in December of 1942. Johnson had a noted career in the U.S. Army, retiring from the service in 1968 as one of the few African American colonels. 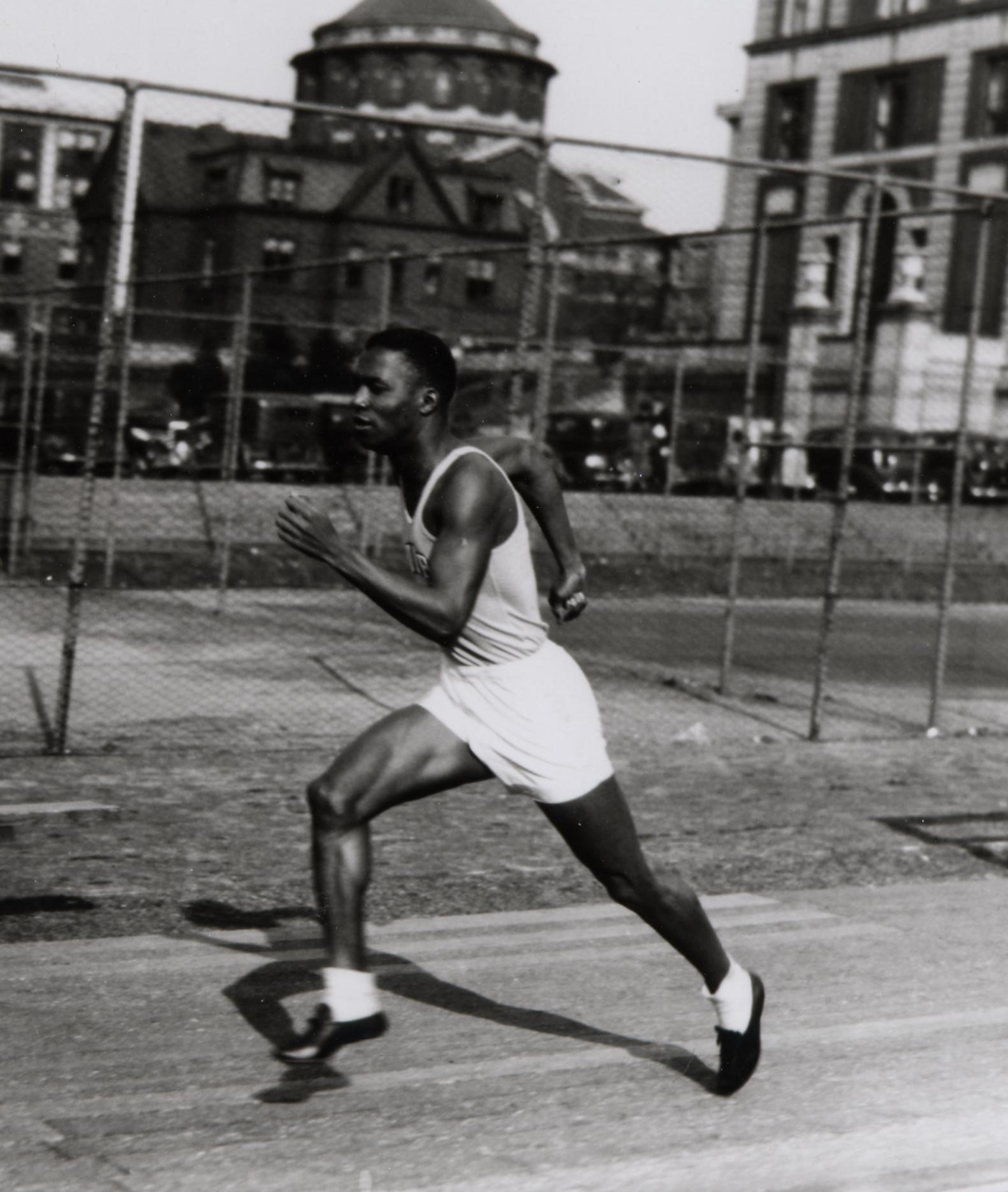