Charles Henry Alston (1907-1977; Columbia College 1929, Teachers College 1931) was an influential painter during the Harlem Renaissance and the first African American supervisor for the Works Progress Administration. He supervised the WPA murals created at Harlem Hospital, leading a staff of 35 artists and assistants. Alston was also the first African American to teach at both the Museum of Modern Art and the Art Students League and, in 1969, to have been appointed the painter member of the Art Commission of the City of New York.

Alston was born in Charlotte, North Carolina, and was related to renowned artist Romare Bearden through his mother's second marriage. He attended Columbia University as an undergraduate and graduate student, receiving a B.A. from Columbia College in 1929 and an M.F.A. from Columbia University's Teachers College in 1931. After graduating he worked at the Harlem Arts Workshop, and when the program required more space, he secured an additional facility at 306 W. 141st St. The space, known as "306," became a center for the Harlem art community.

The influence of Mexican muralists José Clemente Orozco, Diego Rivera and David Alfaro Siqueiros, who all used murals to inspire people toward social activism, can be seen in Alston’s work. When Diego Rivera was painting his famous mural at Rockefeller Center, which was destroyed because of its political content, Alston frequently visited the Mexican artist, communicating in French, their only common language.

Alston’s gift was not limited to painting. He also worked as a sculptor, and his cartoons and illustrations were published in popular magazines such as The New Yorker and Fortune. During World War II, he worked at the Office of War Information and Public Information, creating cartoons and posters to mobilize the black community to join in the American war effort. He also taught at the City University of New York from 1970 to 1977. His work is in the permanent collections of the Metropolitan Museum of Art, the Whitney Museum of American Art, and the Detroit Institute of Arts. 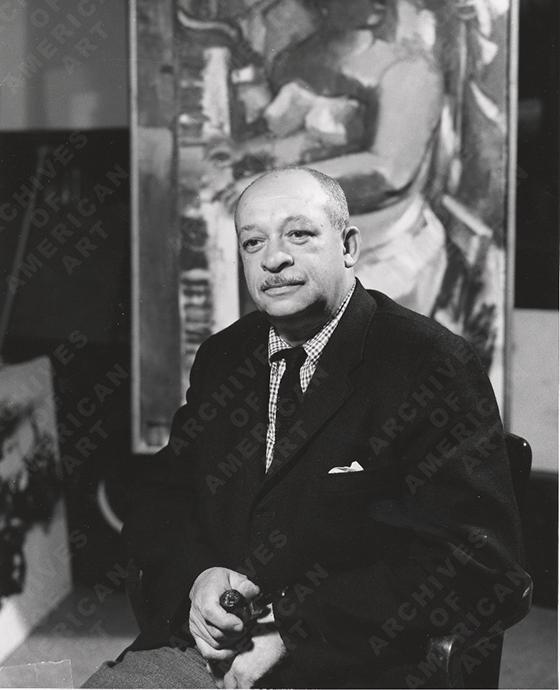 Read more about the Harlem Hospital WPA murals, a project that Alston supervised in 1936.