Before Franklin Thomas (Columbia College 1956, Columbia Law School 1963) was the widely admired president and CEO of the Bedford Stuyvesant Restoration Corporation and then president of the Ford Foundation, he made history at Columbia. Coming to Morningside Heights from Franklin K. Lane High School in Brooklyn on an academic scholarship, Thomas was also a star center in the mid-1950s, cleaning the glass like no other Lion has ever done. He finished his Columbia career as both the single-season and career rebounding leader—records that stand today, 60 years later. In the 1955-56 season, Thomas was voted both the most valuable player and the first African American to captain an Ivy League basketball team. As a student leader off the court, he worked with Columbia’s NAACP organization to help increase admissions of African Americans at the University.

A 1956 graduate of Columbia College, Thomas also earned a law degree from Columbia in 1963 after serving four years as a navigator in the United States Air Force. He has been awarded prizes and honors from many institutions, including his Alma Mater, which has conferred on Thomas an honorary degree, the John Jay Award for public service, the Alexander Hamilton Award for distinguished service to Columbia and the alumni Medal of Excellence. Like his rebounding records, his career of civic leadership and service to New York City has spanned decades and continues to this day. 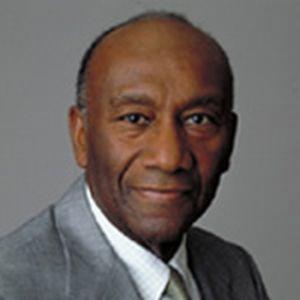 Philanthropist and civil rights advocate
Back to Top