Seme was a major force in the Congress, serving as its first treasurer and as president-general from 1930 to 1936. He also launched its newspaper Abantu-Batho, the country’s first for black readers, and led the movement to buy land for black settlers.

Seme was the first black South African to graduate from Columbia, earning his B.A. in 1906 along with the George William Curtis medal, the University’s highest oratorical honor. (The quotation above comes from his prize-winning address.) He later studied law at Oxford, and in 1928 received an L.L.D. from Columbia.

Of the University, he wrote, “I enjoy hard work, and I have always desired to be in the center of things. This is why I came to Columbia. New York City is the cynosure of all American life; the greatest interests of the country are directed from this center. A glance through the city’s records is enough to convince any mind that Columbia is a force behind the throne in the greater movements of New York life.” 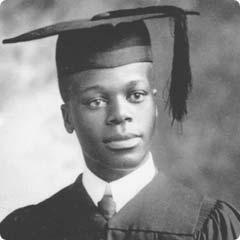