In 1944, upon completion of his wartime service in the United States Army Air Corps, Robert L. Carter (1917–2012; Columbia Law School 1941) went to work at the NAACP Legal Defense and Educational Fund, beginning a long career of civil rights advocacy. Carter was a key strategist for a number of important legal cases involving segregation. He was a lead attorney on Sweatt v. Painter, a successful challenge to segregation that later proved an important predecessor of Brown v. Board of Education, a case for which he gave part of the oral argument.

In 1956, Carter succeeded Thurgood Marshall as general counsel of the NAACP. Over the course of his tenure, Carter argued or co-argued and won twenty-one of twenty-two U.S. Supreme Court cases. Among the most important cases Carter worked on after Brown was NAACP v. Alabama (1958), in which the Supreme Court held that the NAACP could not be required to make its membership lists public. This removed a tool of intimidation employed by some Southern states after Brown was decided.

On June 15, 1972, Carter was nominated by President Richard M. Nixon to a seat on the United States District Court for the Southern District of New York vacated by Thomas F. Croake. Carter was confirmed by the Senate on July 21, 1972 and served until his death.

Carter was a co-founder of the National Conference of Black Lawyers and served on several committees of the bar and the court. He has written extensively about discrimination in the United States, particularly school segregation, and of his longtime friends and colleagues, Thurgood Marshall and Charles Hamilton Houston. 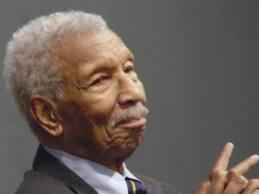