Hurston combined literature with anthropology, employing indigenous dialects to tell the stories of people in her native rural Florida and in the Caribbean. She became one of the most widely read authors of the Harlem Renaissance but died penniless and forgotten, her eight books long out of print. Her reputation was resuscitated after Alice Walker's 1975 essay "In Search of Zora Neale Hurston" led to rediscovery of novels such as Jonah's Gourd Vine (1934) and Their Eyes Were Watching God (1937). Hurston also collaborated with Langston Hughes on the 1931 play Mule Bone, which was never performed during their lifetimes due to disagreements between them over authorship.

“I love myself when I am laughing . . . and then again when I am looking mean and impressive.” — Zora Neale Hurston

A published short story writer by the time she came to New York in 1925, Hurston studied anthropology at Barnard College, where she was the college's first African American student. Her admission was secured and expenses paid by Barnard cofounder and longtime trustee Annie Nathan Meyer. After graduation at the age of 37, Hurston later pursued graduate work at Columbia with renowned anthropologist Franz Boas. She left New York to conduct research in Florida and in Haiti, her field work resulting in the folklore collections Mules and Men (1935) and Tell My Horse (1938). At Columbia, the Zora Neale Hurston Professorship of English honors her life and work. 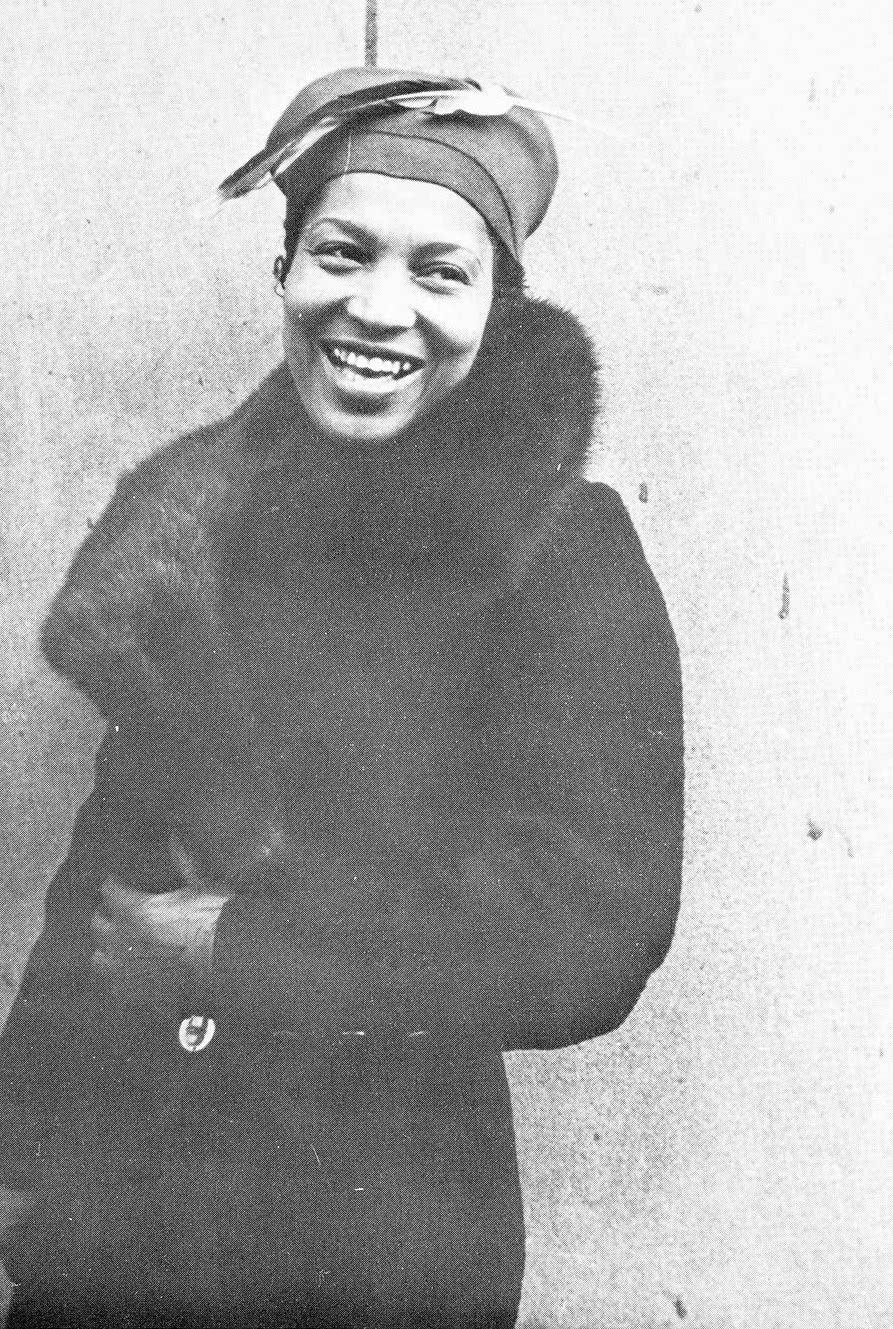